Have you ever suddenly decided halfway through a writing project that it’s all crap?  That everything you’ve done up to this point is garbage and you’ll never be a “real” writer?

Do you habitually reach a point in your drafts when you convince yourself that it’s not good enough, it’ll never be good enough, and you should throw it out and start over, but you desperately try to stick with it, even though you have an overpowering urge to delete your work and start again with a different style or P.o.V. or…anything?

Welcome to the world of the frustrated writer.

Anyone who’s any good at all constantly doubts the quality of the work they produce, even the best authors on the planet.  Creatives in any discipline must be dissatisfied with their own work, or they won’t grow. Their work will never improve and their output will become entirely formulaic.  This kind of self-doubt is not only normal, it’s necessary.

We all have a built-in bullshit detector and anyone who believes his own hype is either bad at what he does, deluded or stagnating.  I’ve been an artist for fifty-plus years, and I have never once met a truly great artist, actor, musician or writer who didn’t think he could be better at his craft.  On the other hand, I’ve met a lot who thought they were God’s gift to the world of art – but in every case, their work was either derivative, formulaic or utterly self-indulgent and unoriginal.

A little (or a lot of) humility is a good thing.  Until it’s not.

There’s often a terrible downside to the self-doubt of the creative individual.  It leads to procrastination, unfinished work, and far too much negative self-talk.  It becomes a self-fulfilling prophecy.  And therein lies the problem. 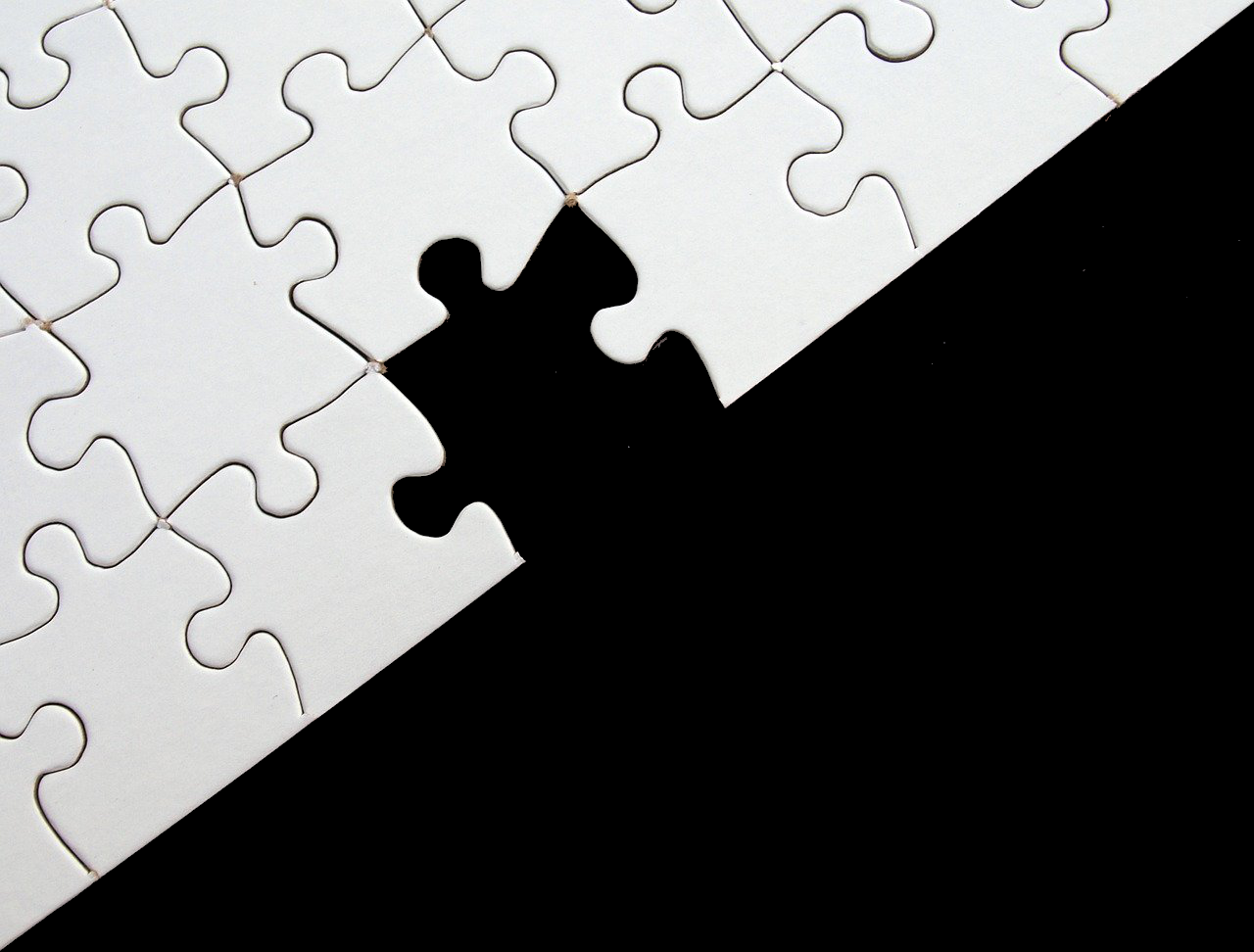 And all the time, these projects we leave unfinished, the tasks left undone, the dreams shoved to the back burner — they pile up and up, creating an enormous backlog of open loops.  And these open loops nag at us, demanding our attention.  They nibble away at our focus, saying, “Pick me, pick me” at the most inappropriate and awkward times, creating confusion, brain fog, inattention and overwhelm.

That state of overwhelm creates a habit of procrastination and procrastination creates more overwhelm and a kind of frustrated anticipation, like a car when you press on the accelerator and the brake at the same time.  You want to finish the project, but you keep stopping yourself, which leads to self-blame and guilt — “I’m such a loser.  Why can’t I ever finish anything?”

All these projects which started out as fun and made you feel positive and accomplished have turned into this mountain-sized monster of “shoulds”.  I “should” finish my novel.  I “should” get my garden cleaned up.  I “should” wash the car, write that thank you letter, call my kids.  The happy anticipation of your project’s completion is replaced with dread, guilt and self-loathing.

With enough of these open loops, we end up paralyzed, convinced that we have no talent, and everything we write is crap.  It becomes a self-fulfilling prophecy — a core belief.  We never finish anything, because we’ve convinced ourselves that we can never finish anything. It’s become ingrained as a habit, probably formed in childhood through criticism and emotional trauma as a result of some failure or other, and through time and repetition this habit becomes part of our self-identity.  We honestly believe, “I’m someone who never finishes anything.”

So, subconsciously, we hide our own procrastination triggers and disguise the words we use and the times and situations in which we use them, in order to keep ourselves emotionally safe.  The secondary gain — that of never being expected by others to finish anything — is enough, eclipsing the greater, as-yet-unrealized gain of accomplishment.  Giving up or procrastinating is less painful than trying and possibly failing.

You Need a System

Until we can unravel where this self-doubt comes from…until we can identify this Resistance (a term that Steven Pressfield uses to describe the underlying cause of writer’s block)…identify it and eliminate it, we will continue to doubt ourselves and our own ability to ever amount to anything.

But when we have a system for planning and prioritizing our projects in a way that makes sense, we can begin to recognize our own self-sabotage.  It becomes easier to see that self-sabotage for what it is — not laziness but fear.  Fear of change.  Fear of the unknown.  Fear of judgement and criticism and fear of being ostracized.  And then it becomes possible to close all those open loops and free our minds to explore new avenues of adventure and creativity.

So, if you’re sitting there looking at the pile of unpaid bills and the dishes on the kitchen counter, dreaming about the stories you never completed, worrying about the things the family will say when you haven’t finished your memoir yet, it’s time to create a new habit and a new identity — that of someone who does finish things. Someone who can complete a task, finish a project, even write that book, those “someday” dreams and goals finally within reach and doable.

That’s why I created my new course, 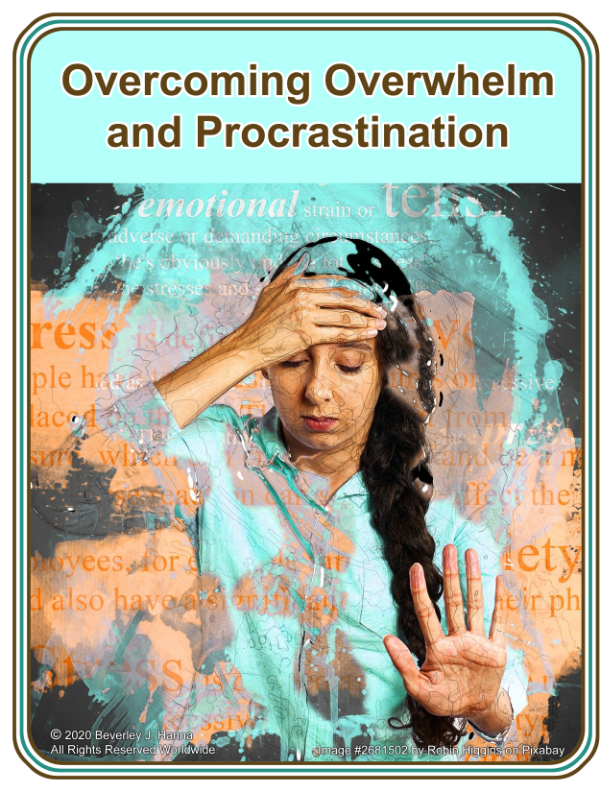 Right now, it’s in beta and I need help to make it better.  I need people to tell me how I can improve it.

The process itself is quite simple and I can show it to you in three basic steps. When you have complete control over which project to work on next, and which action is the best next step to take, your brain fog, panic, guilt and avoidance will all disappear. It’s the fastest, most effective way to beat procrastination, clear your mind and organize your projects so that you’ll always know exactly which step to take and in which order, freeing up your mental resources, leaving you energized and ready to take on any new project.

So if you want to take charge of your projects and your life; if you want to get past your creative blocks and finally close all those open loops, Overcoming Overwhelm and Procrastination can help.  You have nothing to lose but your fear.

PS:  If you haven’t yet downloaded my free Procrastination Triggers mini-course, you can do so HERE, or click on the subscription box at the top right of the page.

PPS: Oh, and just for the record — don’t ever delete your work.  You never know when it can be repurposed — another scene, a blog post, a cover blurb, an article, a sales letter.  The oddest snippets of writing come in handy at the most unexpected times.  Just sayin’…