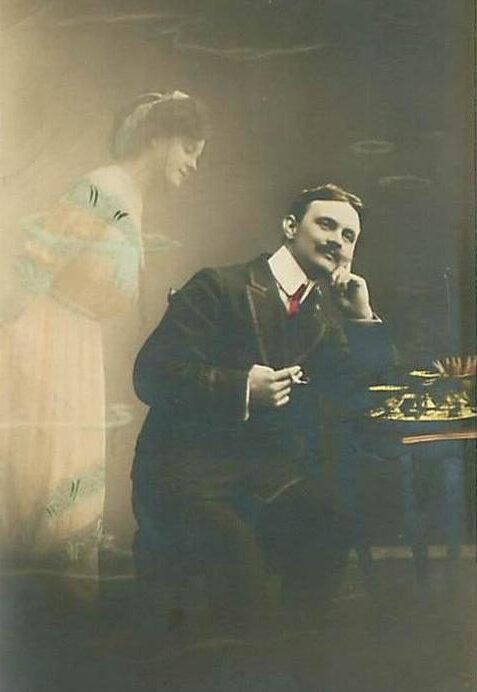 Daydreaming appears to be the brain’s default setting when no other external task is occupying its attention.

For years, those of us who spent hours inside our own heads were considered time-wasters, dreamers who couldn’t live in the “real world”, unsuited for the practical requirements of daily living.

We were called Procrastinators and we were taught to wake up and smell the coffee, stop dithering, get back to work and all the other sensible, pragmatic advice that goes along with the North American work ethic.

For the most part, I’ve been able to overcome my lifelong habit of procrastination, but this week, I’ve found myself dithering rather a lot, unable to get back to work.  Partly, it’s because I’m dealing with a pesky toothache, but even more than that, it’s the result of several days’ interruption. Somehow, a few days ago, I lost my focus. Since then I’ve been struggling to find my motivation and spending more time than usual daydreaming.

At first, as we all tend to do, I beat myself up about it.  All those negative comments from all those teachers over all those years rose up and nibbled away tiny pieces of my self-confidence, but then, I began to see that the time I’d spent daydreaming was, in fact, producing some remarkably insightful ideas and results, so that when I did get back to work a couple of days ago, I was having insights and developing concepts that the original work had been missing.

This led me to look at the connection between Daydreaming and Creativity.

I come by the daydreaming habit honestly.  My dad was a champion daydreamer, the original absent-minded professor.  He’d get so lost inside his own head that the family could often carry on entire conversations with him, conversations of which he later had no recollection at all, even though he appeared to be making sense at the time.  He was a teacher and a writer, and when he was putting together the building blocks of a story, the outside world ceased to exist for him.  Now that I too am a writer, I’ve discovered that the same holds true for me.

Studies show that people who are capable of letting their minds wander while carrying on with normal tasks or conversations tend to have more efficient brains.  So YAY, Dad!  Evidently, his brain was super-efficient. He was regularly able to think sensibly about more than one thing at a time.

Most of us have had the experience of driving a familiar route to work, and when we arrive have little recollection of the journey since we were thinking about other things at the time.  We may have used the time to plan a project, relive an old argument, re-write conversations so we appear to have brilliant timing and comebacks.  We might visualize ways we can improve on the way to do something, or imagine the perfect vacation.

Certainly, daydreaming can have negative effects, such as obsessive reliving of traumatic events, which, if the trauma isn’t resolved in some way only perpetuates the emotional damage, but the type of daydreaming I’m talking about is much more creative and positive.

There’s a reason why we get our best ideas while taking a walk, washing dishes, taking a shower or driving.  The monkey mind is then occupied with this mundane task, which frees up the subconscious to work on other things.  We aren’t absent-minded, but rather, deeply engaged with the most intuitive and creative levels of our minds.  The subconscious can come up with solutions that the conscious mind is normally too distracted to notice.  It’s the same intuitive and creative levels that power our dream lives.

So, when you have a problem that needs solving, a challenge that requires a good outcome, a question that needs answering, try doing something that you know by rote—something that doesn’t require you to think about what you’re doing.

Take a shower. Go for a walk, watch a sunset, hop in the car and chase down the moon.  The answer just might have been there all along.

And just for fun, watch this TED Talk on YouTube.com with Master Procrastinator, Tim Urban.

Are you a daydreamer?  Do you deliberately take time to daydream and come up with creative solutions?  Leave a comment below and let me know some of your own daydreaming adventures.  Hit the Facebook icon and share the fun.