How NOT To Write Your Memoir

Most people, when they start to write their memoirs, think they have to stick strictly to the facts, that their story has to be a list of the things they did, in the order that they did them.

This simply isn’t true.  It leads to the belief that they have to write their entire history — an autobiography, which, for most people is messy, disconnected and hard to follow.

This means that they end up with a list of dry, dull facts, like some kind of desiccated checklist that may reflect the events of their lives, but doesn’t say much about who they are or were, what motivated them, or what they cared about.  Their autobiography holds no emotion that their readers can connect with, and even though they’ve written their “life story”, they end up feeling disappointed at the result.

A memoir, on the other hand, deals with a particular story within the overall scope of your life.  It deals with a lesson learned, a series of connected events, a piece out of the whole which illustrates a specific theme.

So, What’s The Point?

The point of a memoir is to engage your readers, connect with them, help them to experience your life’s stories as you did.

And to do this, you must ask questions that matter, that move the story forward, that reveal character, motivations, conflict and relationships.

Your most important question is Why.  Why does the reader care?  Why do the characters care?  Why do you, the writer care?  Why are you writing it?  Answer these questions and you’ll have your story. 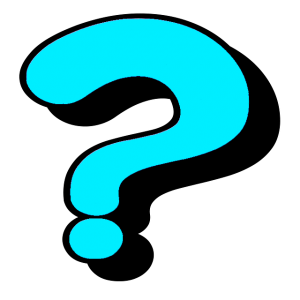 The questions are always those of the classic journalist.  The questions Who? What? When? and Where? determine the time and place, the setting, the situation and even the mood and atmosphere of your story.

But those four are not the most important questions. It’s the How? and Why? questions that determine the reader’s interest.  And why is that? Because readers are pulled into the story by curiosity, emotion and just enough specifics to pique the imagination.

Which is more interesting? 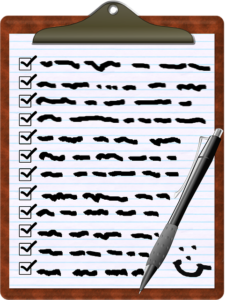 Betty was born in New York, grew up in the Village, went to Columbia University, majored in entomology, married Jack in 1972, had two and a half kids, was widowed in 2001 and now lives in a nursing home in Brooklyn. 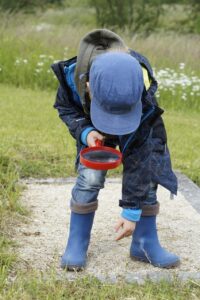 Or a story of How and Why:

When Betty was a kid, she loved bugs. At the age of six, she even stole an expensive magnifying glass from her father’s study so she could see ants and spiders close up. When she accidentally incinerated an ant with it one sunny day, she mourned for weeks. She kept an ant farm in her bedroom and begged that her father call in an apiarist to build a glass-walled beehive attached to her basement bedroom window, so she could watch the way the queen interacted with her workers.  For her tenth birthday, when other kids were getting bikes and footballs, her parents bought her a high-powered microscope and dissection kit, and by the time she went to university, the course of her life was set in stone.  She would be an entomologist.

In college, the field of entomology opened up new worlds.  The study which most intrigued her was the evolution and lifestyles of the large diversity of scorpions around the world.  As a result of this obsessive fascination, Betty withdrew from social interaction for most of her school years, becoming a bit of a recluse.  The only people she hung out with were other entomologists who tended to be a rather dull lot, but for the most part, she didn’t much care. She’d never wanted to be part of the dating crowd nor did she see herself as marriage material.

However, the evening of her twenty-first birthday found her attending a loud college party thrown for someone else’s coming-of-age, and for the first time, she found herself attracted to a man. Jack shared her obsession with insects and arachnids since his parents owned a pest control business, and he understood her fascination with the many-legged creatures she studied. The pair left the party which neither was enjoying, and spent the entire evening in her lab at the university dissecting a particularly intriguing specimen, a blue Giant Forest Scorpion.

Jack wasn’t the most physically attractive guy she’d ever met, but over the course of a couple of months, she fell head over heels in love with him and by the end of the school year, they were married…

Obviously it takes a great many more words to paint a visual picture of the events as they happen than it does to recount the bare facts and events. Stories get a good deal more granular with the specifics of those events, but if you want to write a memoir that people want to read, those elements are necessary, and to find or create those details you must ask the right questions.

Which Questions Do What?

It’s the Why questions that make good stories great.

The answers to those Why questions determine the What and the How of every character’s motivations and actions.

So, when you’re writing your memoirs, start asking the right questions, so that you can get to a story that readers care about.  It may be facts which provide the framework for your story, but it’s the emotional content that makes it compelling for your readers.